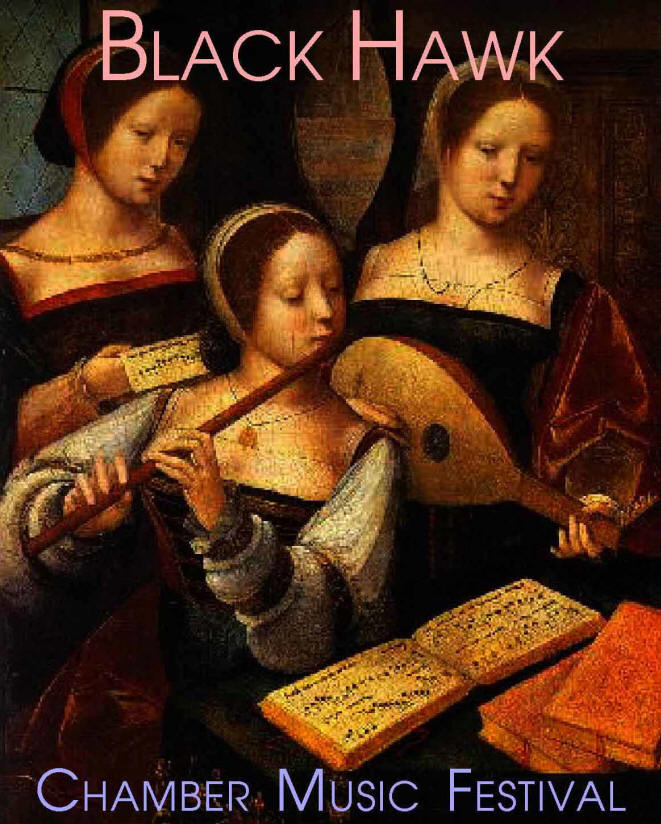 A LITTLE CONCERT FOR LOUIS XIV Tuesday, August 12, 2014 at 7:00 PM Jeffrey Cohan ~ baroque flute  •   Oleg Timofeyev ~ theorbo & baroque guitar  •   Stephen Creswell ~ baroque viola
A Midwest premiere! An exciting manuscript of 770 pages was “collected and put in order by Philidor le Pere", Louis XIV's music librarian Andre Danican Philidor l'ainé, in 1713 for "the little concerts given for his Majesty in the evenings”. Discovered some years ago by Jeffrey Cohan in Paris, this "Little Concert for Louis XIV" recreates the regular evening performances given by the illustrious members of the king's Musique de la Chambre and sheds light on Louis XIV's preferred chamber music over six decades, on instruments with which Louis XIV was familiar.

A BEETHOVEN BAND Wednesday, August 13, 2014 at 7:00 PM Jeffrey Cohan ~ 8-keyed flute (London, 1820)  •   Oleg Timofeyev ~ guitar from 1815  •   Stephen Creswell ~ viola
Composers of Beethoven's time wrote many trios for this unusual combination of instruments, which harkened back to the lush tones of flute, viola da gamba and theorbo a century earlier. Claude Debussy experimented with a similar tonal landscape in his trio for flute, viola and harp 100 years later. On early 19th-century period instruments. 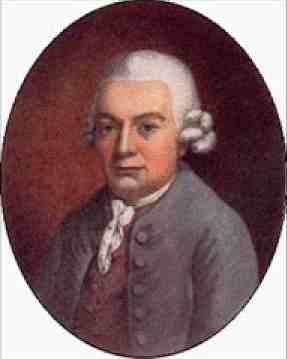 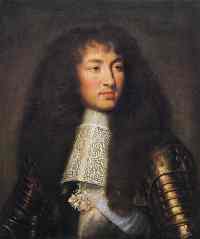 Additional information for August 12:
Our LITTLE CONCERT FOR LOUIS XIV presents the Midwest premiere of 5 of the 67 suites which were “collected and put in order by Philidor le Pere", Louis XIV's music librarian Andre Danican Philidor l'ainé, in 1713 for little evening concerts for the king. This music, discovered by Jeffrey Cohan in Paris and premiered recently on the West Coast, has probably not otherwise been heard anywhere since the death of Louis XIV in 1715. This remarkable and almost completely unknown manuscript of 770 pages was prepared three centuries ago for the aging Louis XIV by Philidor, who organized and transcribed some of Louis' favorite music from the previous 54 years in this remarkable volume. Two years before his death in 1715, Louis XIV was particularly anxious to revisit the music of his youth and decades since, and Philidor dates some of these selections as far back as 1659, when Louis XIV was 21 and had already danced for eight years in ballet performances at court, most famously as the sun god Apollo.  The suites of between two and twelve movements each, some very short and others quite long, often with colorful titles representative of the opera texts, consist of transcriptions for a smaller ensemble of excerpts from operas and instrumental works mostly by Jean-Baptiste Lully, the king's indispensable court composer since 1653 who had been dead already for 26 years in 1713, and other composers such as the younger Michel-Richard de la Lande and Philidor himself. Entitled “Collection of Symphonies and Trios by Mr. Lully and several Trios by Mr. De la Lande/ For the little concerts given for his Majesty in the evenings", the manuscript contains individual parts for two soprano instruments (flutes, violins or oboes), an haute-contre or high tenor part and unfigured bass, implying that no chordal instrument (such as harpsichord or lute) was used. Each part consists of 145 manuscript pages to which is affixed the same engraved nine pages: a title page and table of contents. A second bass part is identical with the first except for one movement entitled "Les Carillons de Paris". This exciting and extensive new source of chamber music at the court of Louis XIV is explored on instruments with which the king was familiar.


Artistic director JEFFREY COHAN can “play many superstar flutists one might name under the table” according to the New York Times, and is “The Flute Master” according to the Boston Globe. He has received international acclaim both as a modern flutist, and as one of the foremost early flute specialists.  The only person to win both the Erwin Bodky Award (Boston), and the top prize in the Flanders Festival International Concours Musica Antiqua (Brugge, Belgium), he won First Prize in the Olga Koussevitzky Young Artist Competition, and has performed in 26 countries, having earned the highest rating from the National Endowment for the Arts. Many works have been written for and premiered by him, including five new flute concerti by American and Slovene composers in the new millennium.

Born in Davenport, Jeffrey Cohan  graduated from Rock Island High School and performed solo concerti with the Tri-City Youth Symphony under the direction of James Dixon, with the Clinton Symphony under William Henigbaum, and with the Rock Island High School Band under Donald Kruzan. He was Artist-in-Residence at Augustana College from 1983 to 1988, during which time he also taught flute at Indiana University in Bloomington and gave many performances in Ascension Chapel and yearly Candlelight Christmas Concerts. He has also taught at the University of Northern Iowa and at Grinnell College. His mentor while in the Quad Cities was and continues to be flutist Walter Haedrich of Moline, now living in Rock Island. Jeffrey performs each year in Europe, most recently in Germany, Ukraine and Slovenia, and he recently performed and gave masterclasses throught China. He lives with his wife and three children in Washington State’s Skagit Valley, where he also directs the Salish Sea Early Music Festival and the Capitol Hill Chamber Music Festival in Washington, DC.

Pianist ROBERT ELFLINE grew up just north of the Quad Cities in Morrison, IL and began lessons at age six. By age twelve he was accepted into the studio of renowned pianist Donald Walker, with whom he studied for six years. After high school, Dr. Elfline earned the degree of Bachelor of Music in piano performance from Illinois Wesleyan University in Bloomington, Illinois, where he graduated magna cum laude in 1997. Upon graduation, Dr. Elfline enrolled in the graduate program at Rice University in Houston, Texas, taking performance honors and earning the degree of Master of Music. Most recently, Dr. Elfline completed the degree of Doctor of Musical Arts from the University of Cincinnati, College-Conservatory of Music in August of 2007. His principal teachers have included Ardath Paul, Donald Walker, Lawrence Campbell, Robert Roux and Elizabeth Pridonoff. Currently Dr. Elfline serves as Assistant Professor of Piano at Augustana College in Rock Island, Illinois where his duties include instruction of private lessons for piano majors, group piano classes for music students, and general music courses for students outside the music department. Prior to his work at Augustana, Dr. Elfline held teaching posts at Humboldt State University and the University of Cincinnati. As a performer, Dr. Elfline has been heard in solo, chamber, and concerto performances across the United States. Recent appearances include performances of Henryk Gorecki's Concerto for Piano and Strings with the Purdue University Symphony Orchestra, Michael Daugherty's Tombeau de Liberace with the Cincinnati Chamber Players, and Olivier Messiaen's Couleurs de Citi Celeste with the University of Cincinnati College-Conservatory of Music Wind Ensemble. Next season, Dr. Elfline will appear with the Augustana Symphony Orchestra in a performance of Arvo Part's Lamentate. In addition to being an ardent champion of mew music, Dr. Elfline also enjoys presenting works of lesser-known composers, particularly those active around the turn of the nineteenth century. This interest has led to the study of works for piano and narrator, a long-neglected segment of the piano repertoire that has formed the basis for his doctoral dissertation. Dr. Elfline lives in Rock Island, Illinois with his wife Allison and their two dogs.

OLEG TIMOFEYEV is one of the world's foremost authorities on the Russian seven-string guitar. He was an Artist in Residence for the School of Music at the University of Iowa, where has been Visiting Assistant Professor for the Department of Russian. He also has taught at Grinnell College and Cornell College. Mr. Timofeyev has a Ph. D. in Performance Practice from Duke University and has received many fellowships, grants and awards, including two Fulbright grants. He performs frequently throughout the United States and Europe, and directs the annual International Russian Guitar Festival and the International Academy for Russian Music, Arts, and Culture, both in Iowa City, Iowa. He has made many solo recordings for Dorian Recordings.

Violist STEVE CRESWELL performs on historical instruments with Pacific Baroque Orchestra, the Seattle Baroque Orchestra and Early Music Vancouver. He has recorded and toured internationally with Tafelmusik of Toronto, and REBEL from New York. On modern instruments, he has worked with dance companies, new music ensembles, and unusual string collectives, most recently with Seattle's Kügeln Trio and the alternative-fusion-classical string band SCRAPE!, the brainchild of composer Jim Knapp. He is a member of Northwest Sinfonietta, a modern chamber orchestra hailing from Tacoma, Washington, and has performed for the Whidbey Island Music Festival, the Salish Sea Early Music Festival and with Seattle Jazz Repertory Orchestra. Stephen performs frequently as concertmaster of Seattle Choral Company, teaches at the Academy of Music Northwest in Bellevue, WA and is Adjunct Professor of Violin at Seattle University. Stephen studied at Indiana Indiana University and the Curtis Institute in Philadelphia, and has had the privilege of working with many great musicians, including Anner Bylsma, Mstislav Rostropovich, Gustav Leohnhardt, Abraham Skernick, and the Guarneri and Juilliard Quartets.
~  -  ~  -  ~  -  ~
The Black Hawk Chamber Music Festival, founded in 2000, aspires to provide new perspective through chamber music by famous as well as little-known composers, illuminating many unusual aspects of musical performance from the Renaissance through the present, sometimes performing these early works on exact replicas of the instruments with which the composers were familiar and occasionally premiering new works. Festival repertoire ranges from classical favorites and new works written for the performers to unpublished musical gems from libraries around the world. The festival brings together artists from the region and other world-class musicians from around the country.